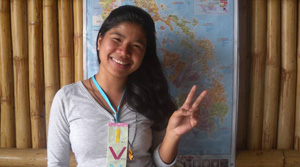 Everyone who meets Ivy appreciates her smile and kindness. She is excellent in practicing hospitality to visitors and visiting teams. She did her DTS in Iloilo in 2013 and discovered her calling to frontier missions. From that time on, YWAM Iloilo has been equipping and training her. She has been a big blessing to YWAM Iloilo with her passion for discipleship and love for adventure. She likes to spend time gardening and listening to God in the midst of His creation. She indeed represents God’s love with her heart for Him, her neighbors and the lost! Ivy stands for I have Victory in You Lord! 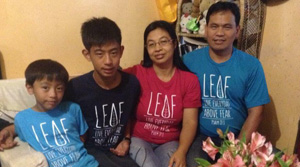 Ana and Lorenzo have been serving God in missions with YWAM for almost 30 years. Just after Ana did her DTS in 1989, she joined as full-time staff in YWAM Baguio. The ministries Ana was involved in included programs with the tribal community, bible studies, helping with the kids’ ministry as well as church planting. Lorenzo joined the Antipolo mobile team after his DTS in 1989 and later took the Biblical Training Leadership School in England. He felt God was leading him to minister to his own people so he returned to the Philippines and started the Northern Luzon mobile team. Ana joined this mobile team and there Ana and Lorenzo got to know each other. Their relationship blossomed and they got married in 1995. They now have 2 sons, Razen, 13 and Caleb, 8. For a time they left YWAM to pioneer a church at the Navy Base in Baguio City. In 2002, as a family, they enrolled in the Family Ministries School (FMS) in Baguio. There were times especially when the kids were small and finances were very tight that they thought of leaving the mission field to work locally or abroad. But they knew they were called for missions, and time and time again God provided.

At present, Ana is a staff in YWAM Baguio Training Center working with Family Ministries. Lorenzo took over leadership in YWAM Abra while already overseeing an established organization of tribal churches. They both have a heart to see marriages and families strengthened, as well as see the gospel preached to the Northern people of the Philippines. 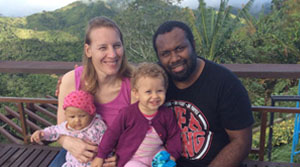 Sam is a loving and committed husband to Sonya Bune and father of two beautiful daughters; Soraya & Salome. He is a full time Intercessory Missionary and part of the CHOP Leadership Team. He also oversees the area of Operations. Sam is a gifted and anointed worship leader and brings much joy and peace into the house of prayer.  He also has a wonderful sense of humor. We are blessed to have him serve with us in Cebu House of Prayer. Thank you Sam for your dedication and service to God’s house! 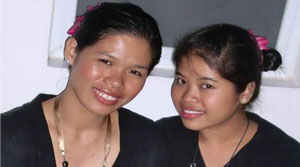 Jenny (woman on the left) is from Malaybalay, Bukidnon. She did her DTS in YWAM Cebu in 2010 and came back to staff in 2011. She is a passionate worshipper and has a heart for children. She is involved in DTS as well as base hospitality and kitchen. She has a servant heart and is always willing to go above and beyond what is requested of her. Her heart for the kids is evident when she is doing kids ministry as she always chooses to handle the kids aged 4-6 yrs old. Jeny’s dream is to study to become a midwife. 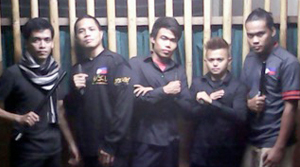 Benjie is a product of our first Albay DTS (October 2011-March 2012). He is hardworking and faithful in honoring his financial obligations. Gifted with a singing voice, he is also a passionate evangelist and is currently in charged of evangelism and base devotions. Benjie is a growing student in the young Arnis ministry. Being the newest staff, his support base is not yet established and therefore needs partners to financially support him while he is on the mission field. 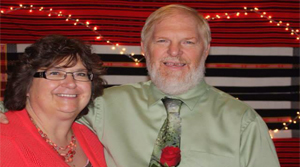 Rose and her husband, Marlin are a retired couple from the USA. They started as volunteers at YWAM Butuan in late April 2014, then joined as staff in June. Although Rose misses her children and grandchildren very much, she is a wonderful servant leader. She openly shares her love and passion for Jesus to all, especially the children she meets along the way. She always has a song to share or a game to play. Rose loves to cook (YWAM Butuan have all been so wonderfully blessed and filled by her great cooking). Her other love is sewing and is working with some locals in growing and developing a sewing class which, in time, will give opportunity for poor families to use their newly-gained skills to provide for their needs. With a nursing background, Rose is an invaluable source of advice and wisdom relating to anything medical. Thank you Rose for being a great friend to so many and a valuable member of the YWAM Butuan family. 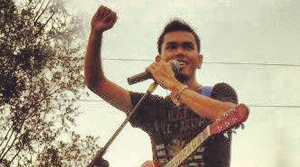 Beinne Perez Roche is a young dynamic Filipino leader from Polompon, Leyte. He just recently led our first sports focused DTS in the Philippines and took an outreach team to the SEAGAMES in Myanmar. Basketball and music are two of his passions! His greatest passion though is to reach his own generation through the vehicle of sports and music so that Jesus would be glorified and the message would be proclaimed in succeeding generations. Beinne wants to leave behind a legacy of changed lives! Changed lives transforming nations! 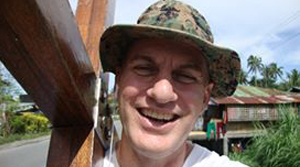 Mitch is a real servant leader with a passion for God and sharing the gospel. He is a good husband, great father and a hands on follower of Jesus, I can assure you no grass grows below his feet.  As an ex-marine he responded right away in the aftermath of Yolanda by gathering a team and going to the most affected area. From his past military training he had no trouble helping retrieve dead bodies but his greatest concern is for the living to know their wonderful saviour.