Restoring hope to 150 families who lost their homes in the super typhoon that ripped through the central part of the Philippines November 8, 2013. The storm, locally called YOLANDA and internationally known as Hai-yan, brought major devastation and significant loss of life.

Beyond the relief efforts and in partnership with the Bogo City governments ‘adopt-a-barangay-project’ Youth with a Mission Philippines has pledged with God to help provide housing for 150 families at a 2.2 hectares re-location site donated by the local government. 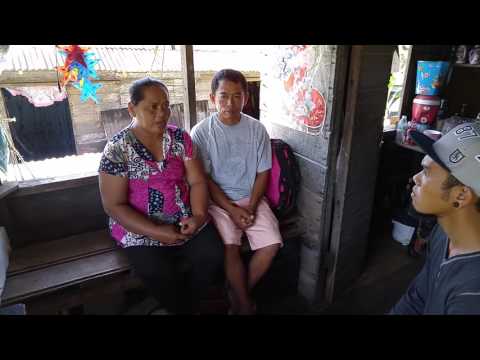 https://youtu.be/zBz2VRFsvns
We are presently close to completion of phase 1 of our project and need your help as we finish the first 10 duplexes.
Should the Lord lead you to give at this time you will be joining with us in providing homes and a promising future for the first 20 beneficiaries families.

Our vision is to build not just houses but lives and a whole community that learns to love God, love their neighbor and who makes a positive impact in the world. 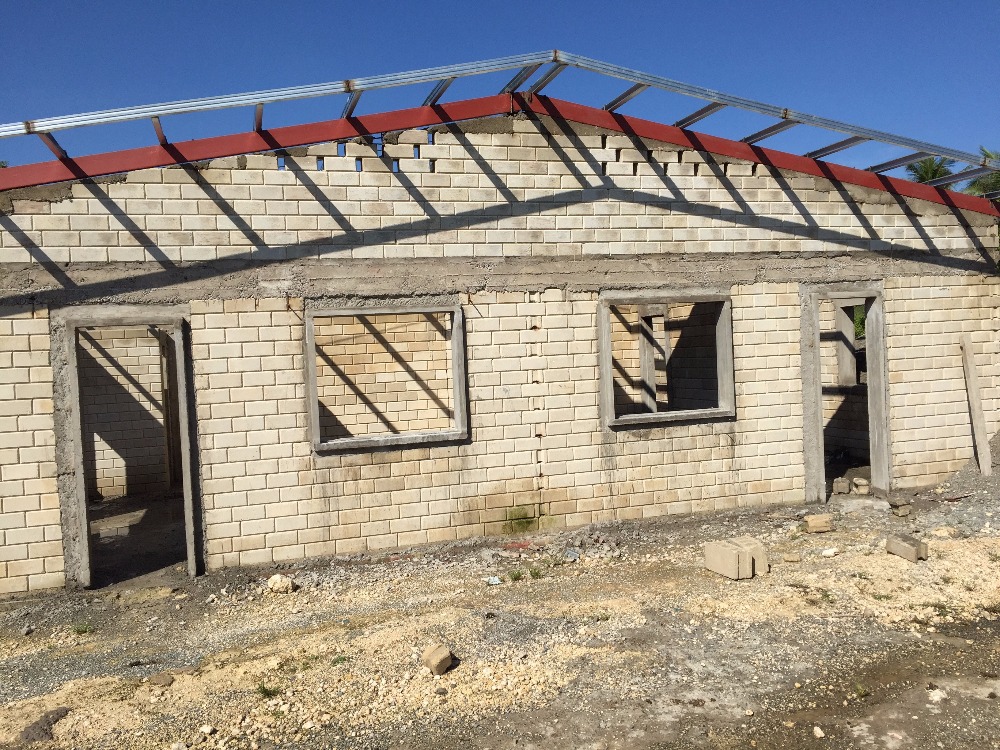 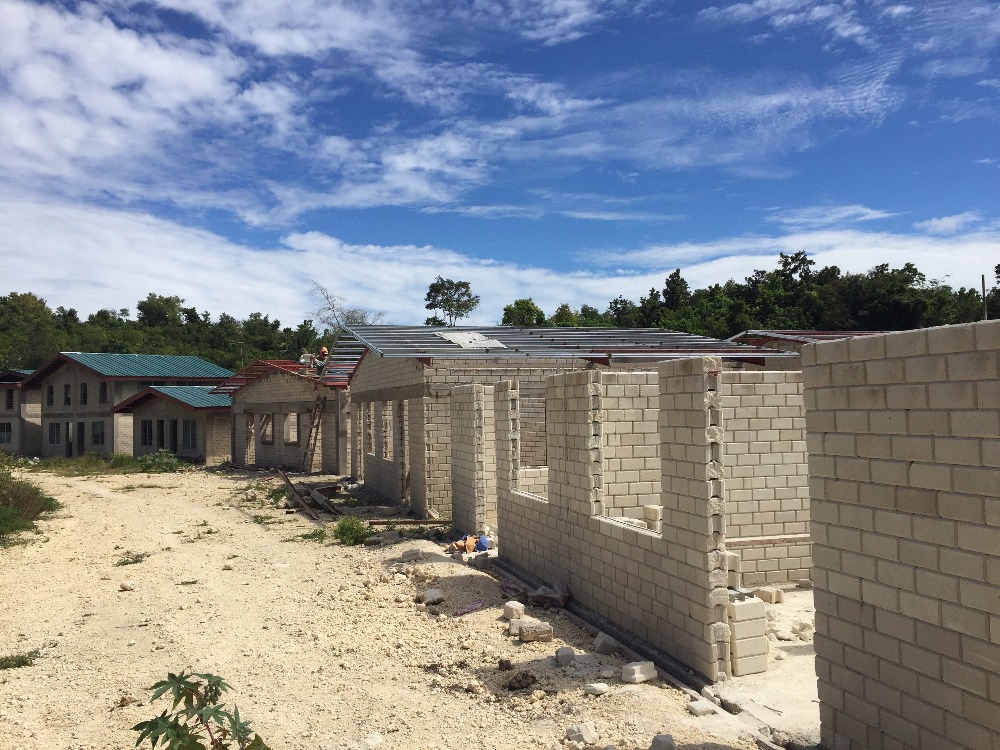 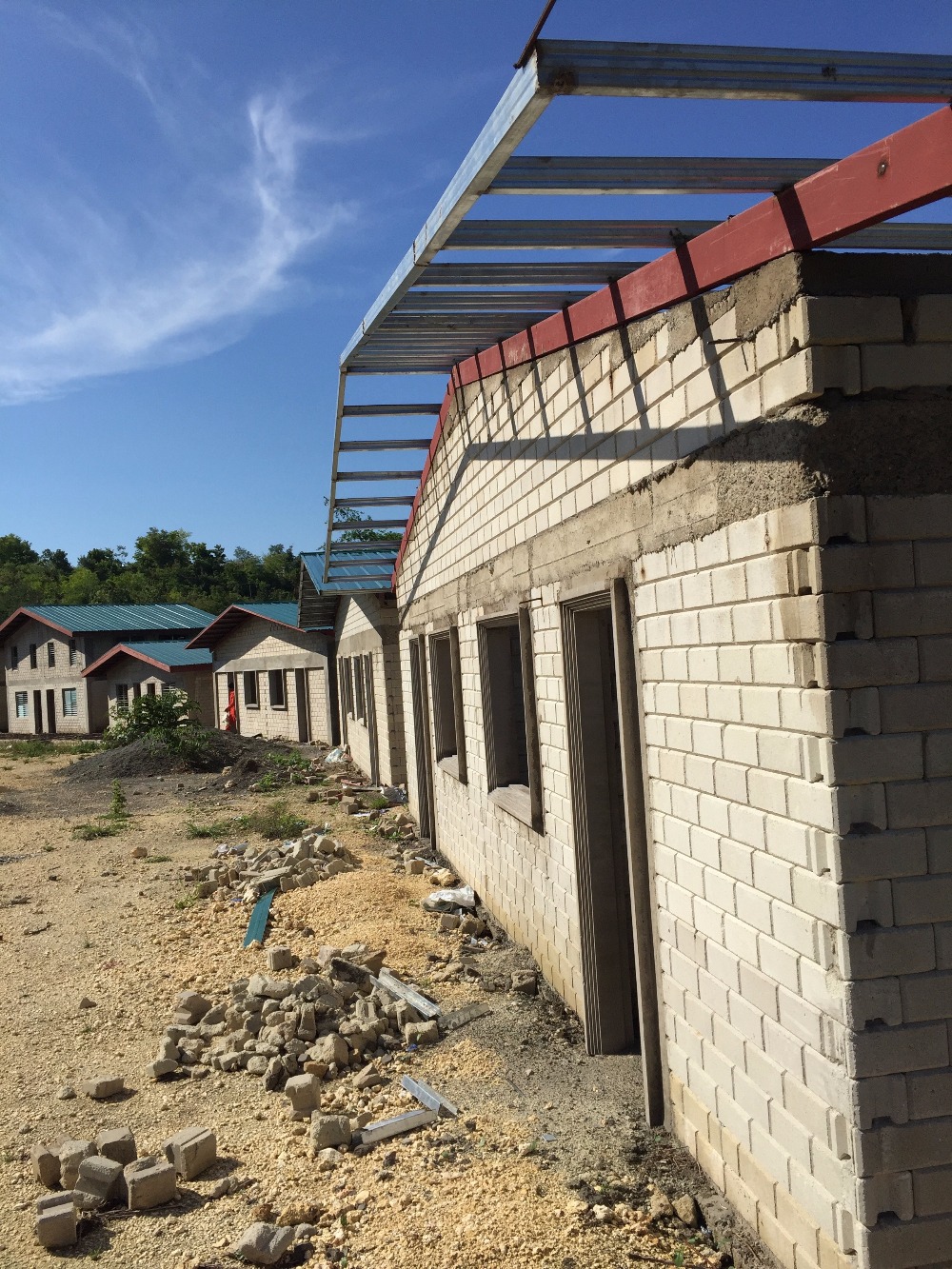 Our mobile brick machine purchased from a company in South Africa for $26,000 has given us the technology to engage the beneficiary families in the process of building and brick production for livelihood. Each Duplex costs approximately P350, 000 pesos (about $7,500 US. at the present exchange rate) and the structures are with potential for an extra loft providing an additional 14 sq.m. for each family. The houses are strong, fire resistant, and cool and won’t blow down in the next typhoon. 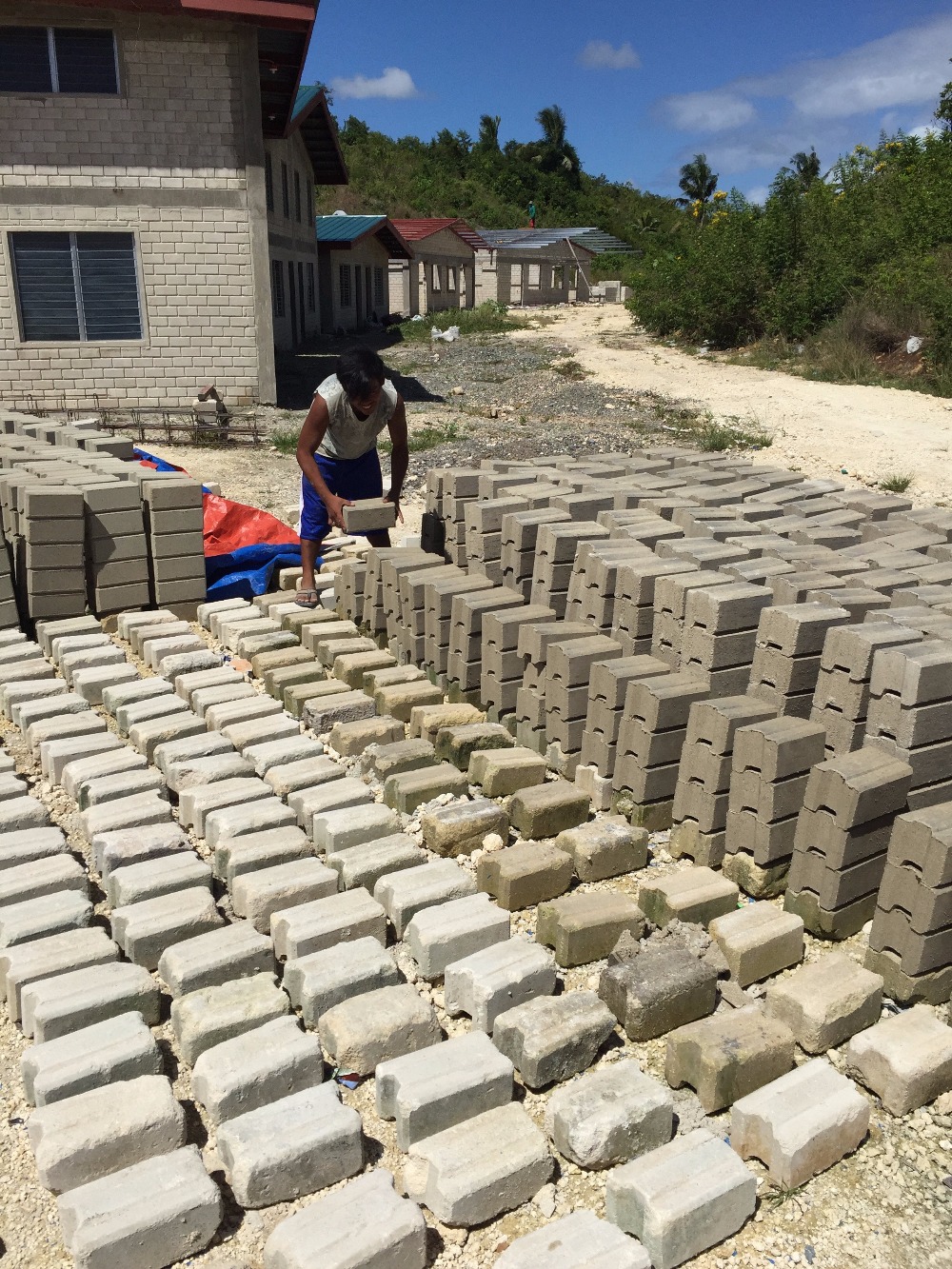 Each beneficiary’s family pledges 500 hours of volunteer labor in brick production as one of the conditions to qualify as recipients of the house. They also attend a Saturday morning seminar where they are learning about God’s love and growing in their faith. 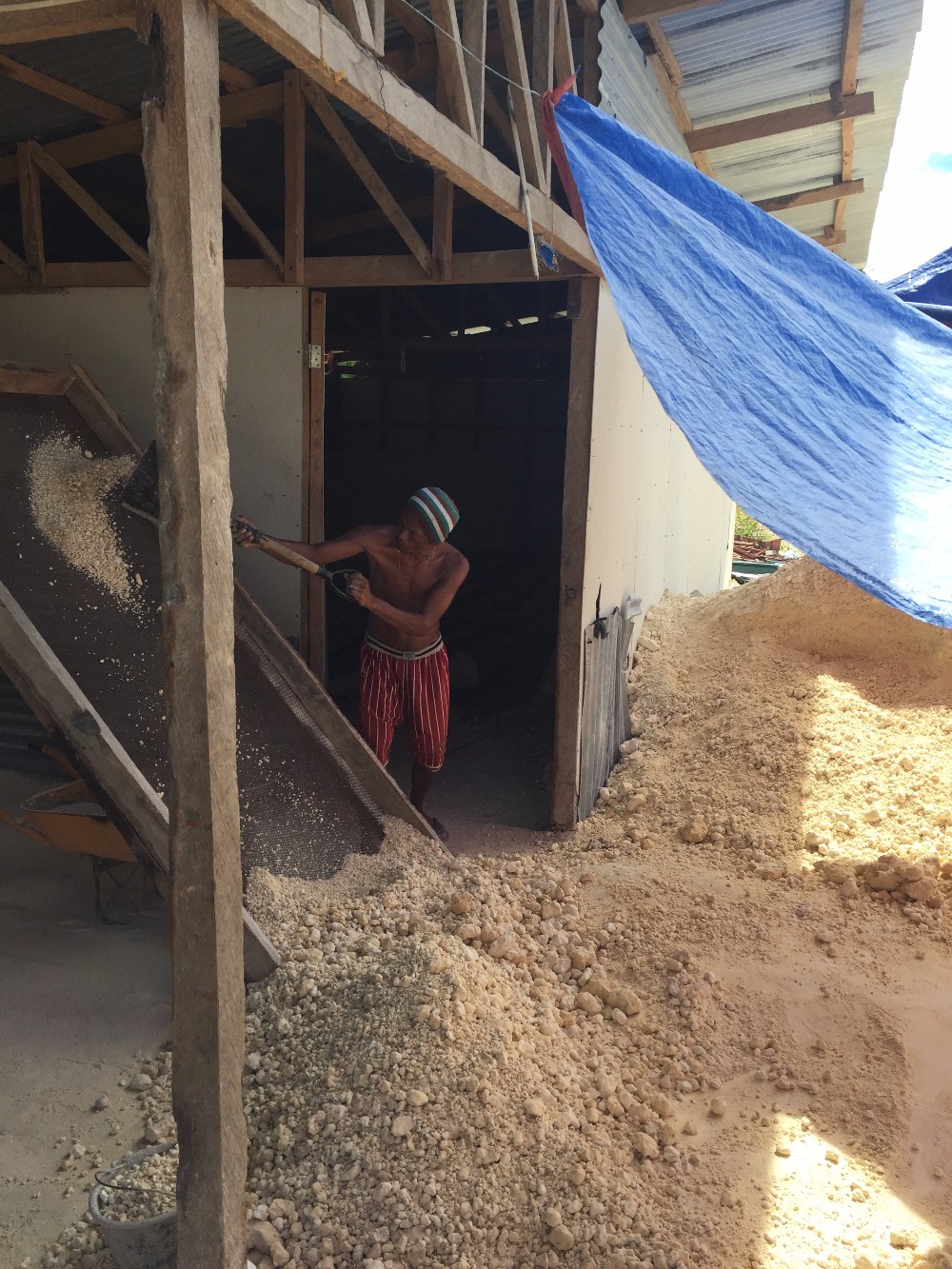 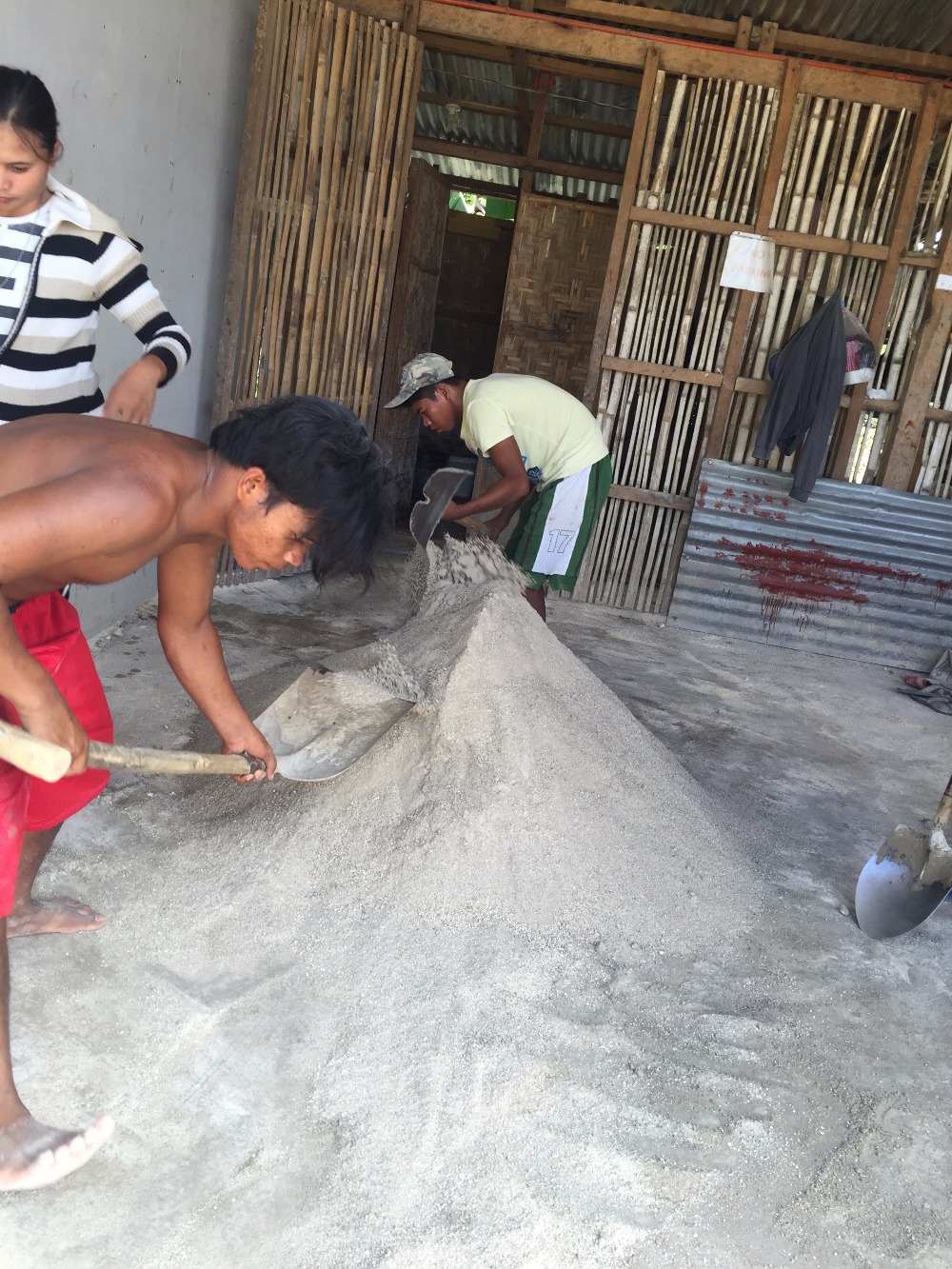 Our vision is to build a whole community that loves God, loves their neighbors and makes a positive impact in the world.

Please pray about what you can do to help give renewed hope to families who lost everything. You can make a difference right now in a big or small way. Partner with us and your giving can bring a lasting future of hope filled living!

Youth With A Mission is an international, interdenominational missions organization whose main focus is to know God and make him known. Every YWAM location embraces our three-prong approach of evangelism, training and mercy ministries. YWAM’s thrust is to take the Gospel to the every’s and all’s of the Great Commission in partnership with the Body of Christ and in obedience to Christ’s command to reach and disciple all nations.

YWAM started in 1960 after its founder Loren Cunnigham saw a vision of waves at the age of 21, here is his testimony, “Suddenly I was looking at a map of the world, only the map was alive and moving! I could see all the continents, and waves were crashing onto their shores. Each wave went onto a continent, then receded, then came up further until it covered the continent completely. The waves become young people–kids my age and even younger–covering all the continents of the globe. They were talking to people on street corners and outside bars. They were going from house to house and preaching the Gospel. They came from everywhere and went everywhere, caring for people. Then just as suddenly as it had come the scene was gone.”

Today that vision is a reality with 1,100 YWAM training locations in over 180 countries of the world. YWAM also has over 18,000 full time volunteer staff from over 130 countries and has literally gone to every nation of earth.

YWAM’s waves hit the shores of the Philippines in 1971 and has continued to grow in its impact to this day. Now with over 42 locations and almost 300 volunteer staff Nation-wide, YWAM is touching the lives of Filipinos with the Good News of Jesus Christ.

On November 8, 2013 the strongest typhoon to ever make landfall hit the central part of the Philippines affecting 4 provinces, 10,436 barangays in 575 municipalities. Typhoon Yolanda internationally known as Hai-yan with winds of 235 kph and gusts of 275 kph ripped off roofs, collapsed buildings, shattered windows, destroyed livelihood and reeked havoc.

YWAM Philippines responded just days after the storm smashed into Tacloban City. Teams were dispatched to help with removing bodies, relief work, rebuilding and listening to broken hearts while speaking God’s love to the grief stricken locals. Teams initially responded to 9 locations with tag teams saturating the areas of devastation. It became clear that the Lord was directing YWAM Philippines to focus on long term rebuilding by establishing permanent locations in key cities throughout the affected area.