Twenty years ago this month, outreach teams from YWAM Antipolo and YWAM Baguio arrived in Aparri to pioneer a new ministry location. The fruit of their effort? Churches planted on the island of Camiguin and the neighborhood of San Antonio, an ongoing student sponsorship ministry, six missionaries sent, and many young people finding their place in God’s kingdom, either in full-time ministry or in their profession, job or family. Although the base and team never grew very large, they left a significant footprint.

“Who would have ever imagined Ernesto’s daughter with a college degree?” the barangay (neighborhood) official commented, as he looked toward the small, dilapidated house where the recently graduated Education major lived. “YWAM has really made a difference in our neighborhood.”

“It’s God and our friends around the world who are making the difference,” I answered. “I’m just happy that YWAM can be a part of it.”

This was a typical response to the impact of YWAM Aparri’s Student Sponsorship Ministry. Aparri is a medium-sized town that hugs the northern seashore of Luzon island. Many of the residents squeeze out their living from fishing, and income is usually barely enough to get by. From November through February, rough weather prevents the boats from going out, so there is little or no income at all. There isn’t much hope of improving their situation, because opportunity just isn’t there. The aim of the Student Sponsorship Ministry (SSM) is to provide opportunity for children and youth to attend school, graduate, find gainful employment, and help their families out of impoverished situations.

59 students from the Aparri area have been assisted by Sponsorship, with 33 finishing high school. While twenty-three have earned college degrees. 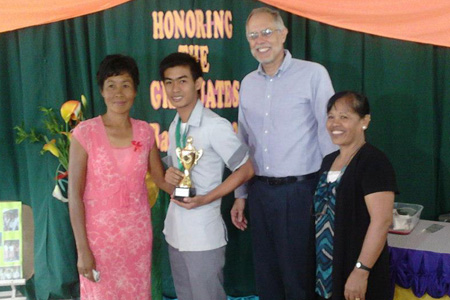 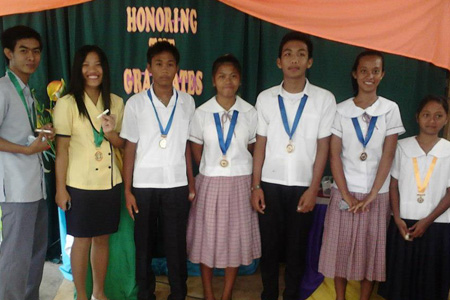 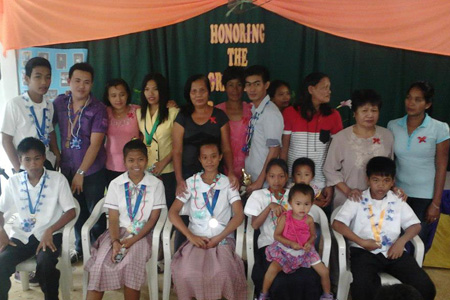 Graduates are now elementary, high school and college teachers; shift supervisors at a large pharmacy chain; industrial computer programmers; retailers; and one is even pioneering a mission outreach school in Cambodia. If you ask the students their favorite Bible verse, almost all will give the same answer: “For I know the plans I have for you, plans to prosper you and not to harm you, plans to give you a hope and a future.” (Jeremiah 29:11)

YWAM Aparri was pioneered when a YWAM team, together with short-term outreaches, began Bible studies with a group of young teens in the neighborhood. 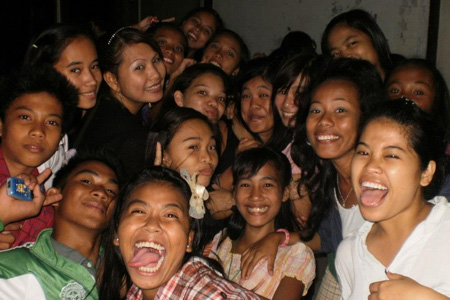 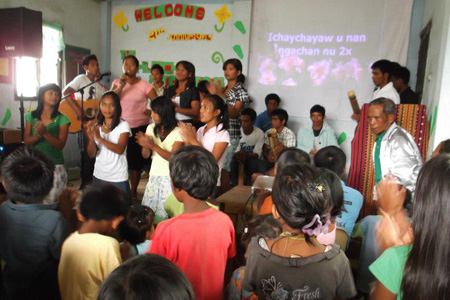 Soon, the small homes they met in were packed, and parents suggested the group meet as a church. Since there was no home big enough, the new church body simply began meeting in the street. It was great because it was easy for neighbors to join in without entering a door – they just pretended to walk by, then paused to listen in. It wasn’t so great when it rained, because the entire congregation had to grab guitars, sound equipment, and chairs and run for cover – not even time for a closing prayer. The best part of it all: These new believers understood from the very beginning that the church is people, not a building. 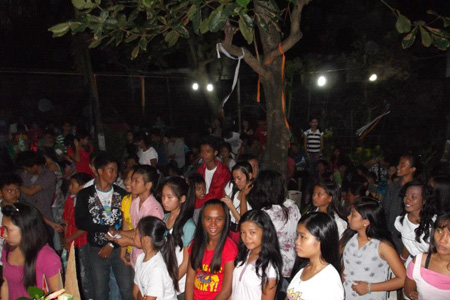 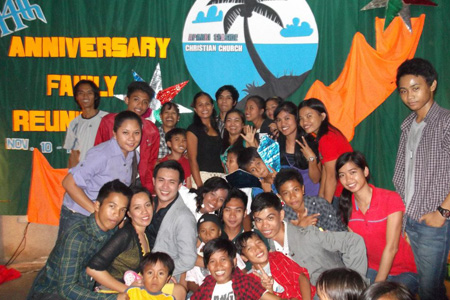 At the same time, on Camiguin Island, two staff and a series of outreach teams partnered with an island couple to share the Gospel and plant a church. 54 new believers proclaimed their faith in the first baptism there.

Sponsorship of students in Aparri played an important role as well, giving indigent youth the opportunity to continue their education through college and find gainful employment or prepare themselves for missions and ministry. Several of the youth became primary breadwinners for their families, and five joined Youth With A Mission long-term.

YWAM Aparri has been in transition over the past two years, with John and Angie Parsons departing to lead the Baguio Training Center. Tom and Melba Antonio, from Camiguin Island, key people in the church planting work there, have recently moved to Aparri and will be taking leadership of the YWAM ministry there. Their hearts is to “regrow” the YWAM Aparri ministry with a broader focus on reaching college students and bringing short-term discipleship teams to the towns of the wider northern coastal area. A practical start of that will be the renovation of the YWAM property to accommodate students (possibly a discipleship dormitory) and visiting outreach teams. Look for exciting news to come!

“Through YWAM Aparri I was able to get to know God, have a burden for the lost through the Youth outreach every year, and have a burden to help those who are underprivileged to go to school through the Sponsorship  Ministry in Aparri.” 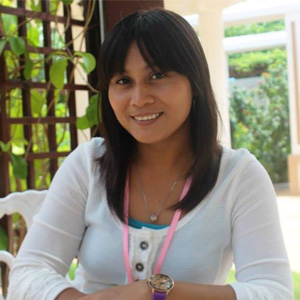 “YWAM Aparri has been such a great blessing in my life. They did not only share the gospel but they have walked along side me. Through YWAM Aparri I was able to find my security and purpose in God. YWAM Aparri is one of the best places to learn and be prepared for life. I will be forever grateful for all the people who served God in this base.” 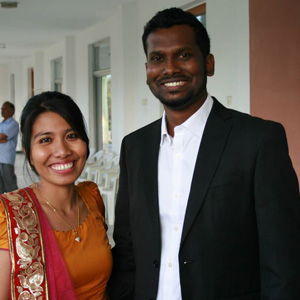 How to Get Involved:

1. Volunteer– You can come as a volunteer staff or a full time staff. We are also open to visiting outreach teams.

2. Pray– We believe and recognize in the power of prayer. We would appreciate it if you could cover us with your prayers.

1. Online – You may give here http://ushare.unionbankph.com/ywam This allows you to specify the base and ministry or staff you would like to give to.